Takeaways from the ServerlessConf SF 2018 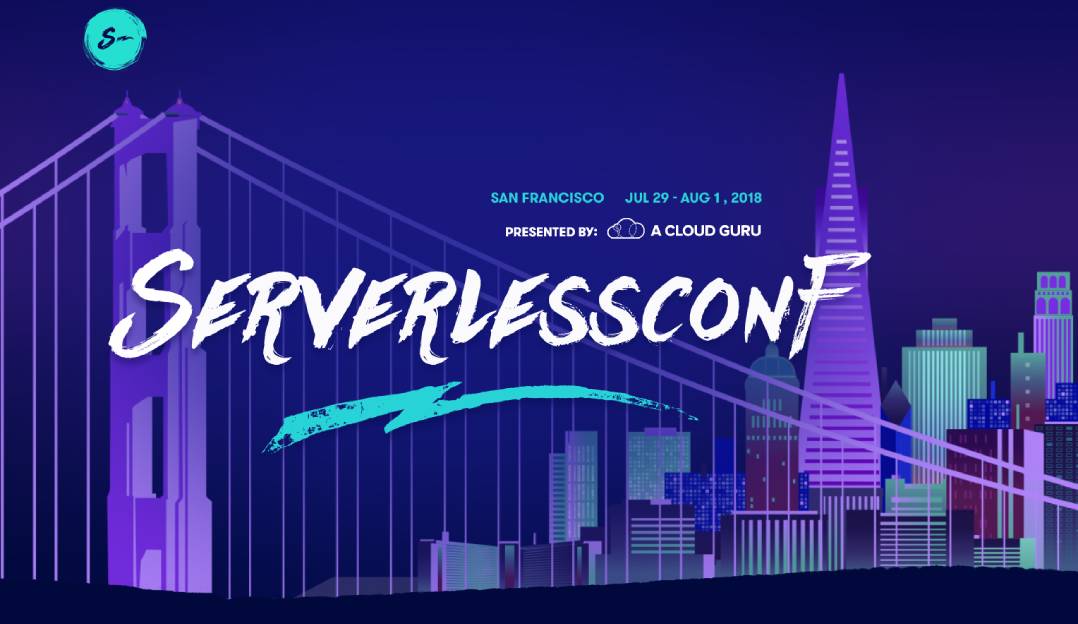 The conference had an effective agenda with a strong slate of talks and an impressive presence of community thought leaders.

Kudos to the ACloudGuru team for organizing the event!

The conference is proof for how serverless is maturing, examining material concepts of the technology and its side effects

Focus was given to serverless as a system and not just a bunch of functions, especially when it comes to visibility, traceability and security.

The state of serverless security, SW lifecycle and costs were also discussed in detail with interesting insights and predictions.

Here are my key takeaways from the conference, including serverless tips, predictions and actionable recommendations for building a well-architected serverless applications:

It’s Not Just About Functions!

Serverless is more than just Function as a Service (FaaS). Mark Nunnikhovendescribed the serverless ingredients: functions, managed services and data flow. When you are adopting serverless, you are, by definition, giving up on some control and visibility.

Make sure you bake into your serverless architecture visibility and security tools that can help you understand how data flows within your system, across the different functions and services.

Ben Kehoe suggested keeping tabs on the entire serverless execution flow in your organization, as it changes overtime.

Simon Wardley used his famous strategic planning tool, Wardley Maps, to analyze the key evolutionary steps which led to serverless.
He later made a great observation which may very well turn out to be a game changer:

“Serverless enables us, for the first time, to put a clear price tag on an application flow, allowing unprecedented visibility and accuracy when designing the supply chain of our businesses”.

Some worthy-to-mention predictions and myth refutations were heard from some of the industry’s top influencers:

#1: Serverless will pave the road to new supercomputing paradigm.

#3: Serverless vendor limitation will go away.

Mark Nunnikhoven gave his angle on the subject of serverless security:

The Rapid Growth of Serverless

ServerlessConf allowed participants to hear first-hand several exciting serverless early-adopter stories. These can give a peek into how modern cloud architectures will look like in the near future.

Jason Katzer described how Capital One continues its amazing journey to transfer their eight huge on-premise data centers to pure cloud. He explained how they architect serverless environments which scale (100M invocations each hour!) while Kapil Thangavelu elaborated on how the popular cloud custodian open source tool uses serverless to enforce policies across clouds.

Joe Emison, CTO of Branch, gave a brilliant talk on serverless architectures, presented a great usage pattern for AWS AppSync and stressed that you should avoid writing code when you can and that you should “get rid of backend functions” in general.

With Observerless principles, your application is always up. If it isn’t, how would you know? “Blameless postmortems” can now devolve into shouted accusations of “peeking.”

Rumor has it that #GoObserverlessDays 2019 is on its way. The time is Meow! 🙂

At last, and as a member of the Tel-Aviv startup scene, I have to say that the number of Tel-Aviv based serverless companies participating in ServerlessConf SF was astonishing. From serverless engines (Iguazio, Binaris, Spotinst, vFunctions) through visibility and troubleshooting (Lumigo and Epsagon), production debugging (Rookout) to Security (PureSec) — the serverless startup community in Tel-Aviv is definitely thriving! : )

These are my key impressions from the ServerlessConf SF 2018, see you all again in the next serverless conference!

In this bite-sized tutorial, we look at how to add Cognito to your integration tests flow, making for true black-box...
Read More >
Yan Cui, Nov 11 2021

Observability is a measure of how well the internal state of a system can be inferred from its external outputs....
Read More >
DeveloperSteve, Nov 28 2022

Cleaning up your microservice resources

Managed services and serverless deployments have become increasingly popular tools in the software development process. This means that organizations are...
Read More >